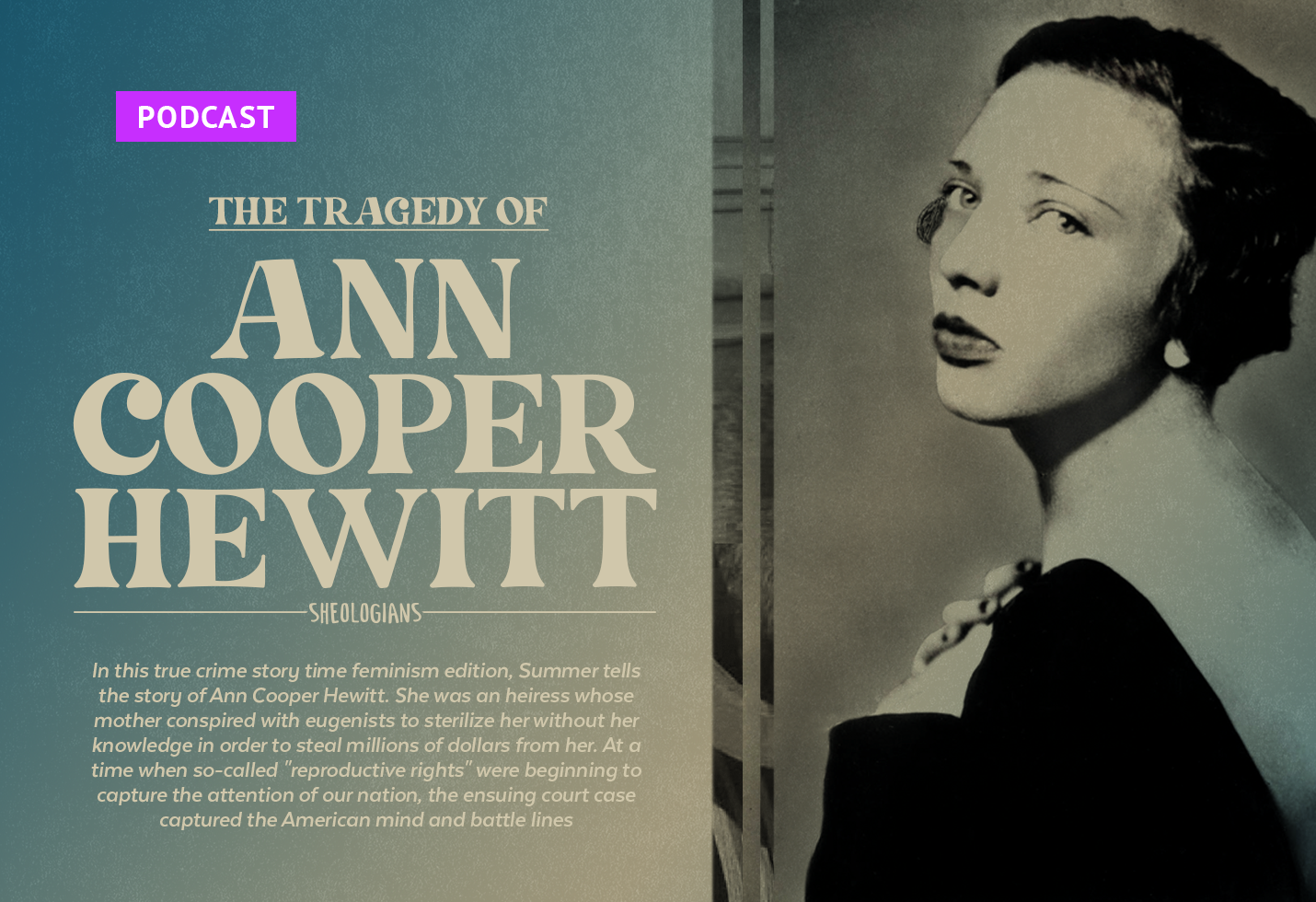 The daughter of the man who invented the mercury vapor lamp, the granddaughter of a man who worked with Thomas Edison and helped lay the first transatlantic cable, Ann Cooper Hewitt was set to inherit loads of cash when she turned 21, as long as she had children. Which was why, when she woke up not long before she turned 21 and no longer had her fallopian tubes, she hired a lawyer and sued her mother for having her involuntarily sterilized.

The ensuing court case captured the attention of our nation, who was in the midst of taking people off the streets and involuntarily sterilizing them as a public policy. As we exported eugenic ideals to places like Nazi Germany, Ann Cooper Hewitt wanted the courts to recognize that she had been conspired against. Join us as we share this crazy tale that sounds like it could not have happened in a civilized nation.