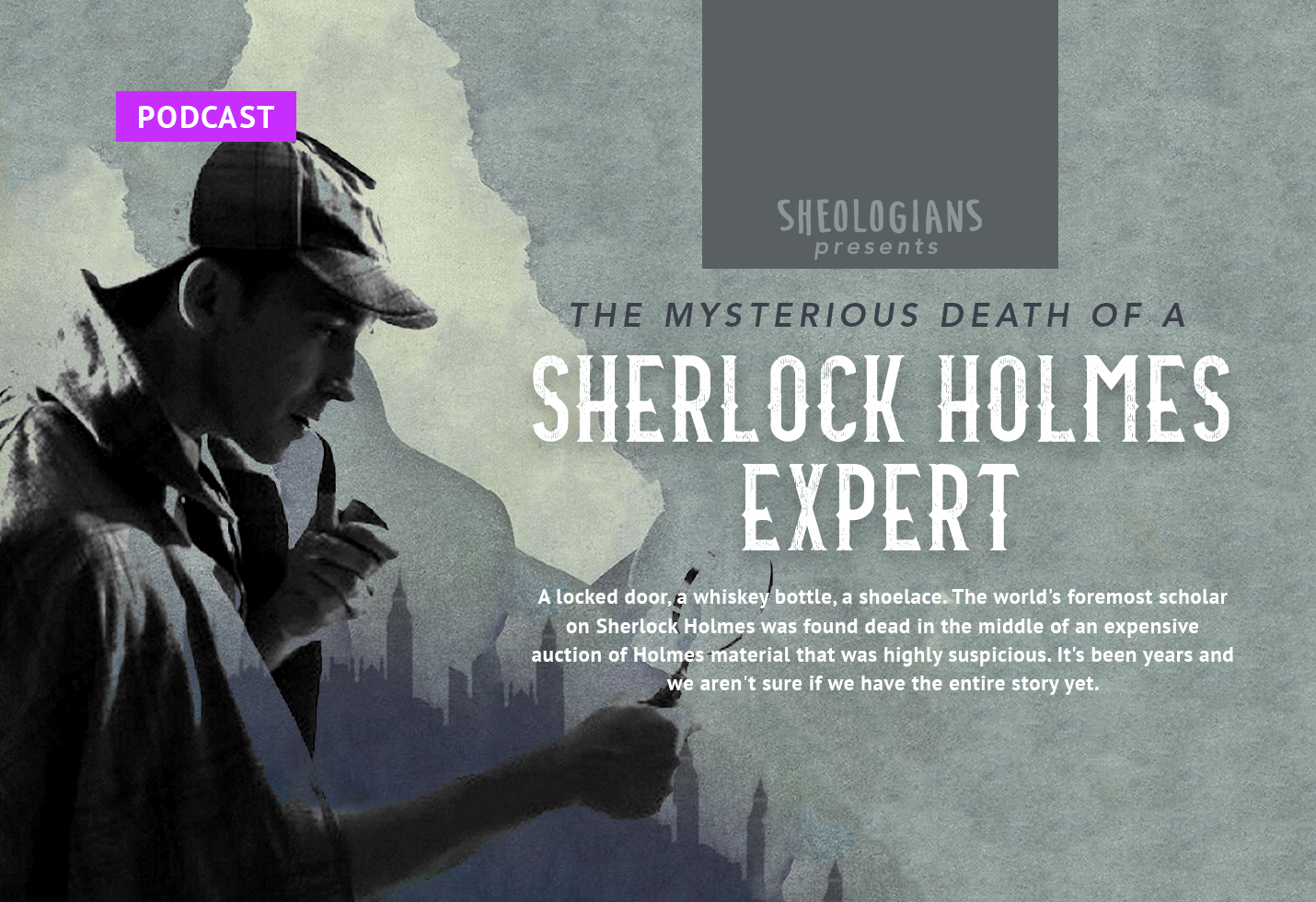 This week Summer tells the story of the unsolved murder (suicide?) of the world’s foremost Sherlock Holmes expert. His death occurred during a suspicious and lucrative sale of millions of dollars worth of Arthur Conan Doyle material. He was found dead, with no signs of forced entry, the door locked from the inside, a shoelace nearby, and no note. Did someone want him dead? Or did he go the way of so many Sherlock Holmes experts–into madness?

You get no time stamps for this.