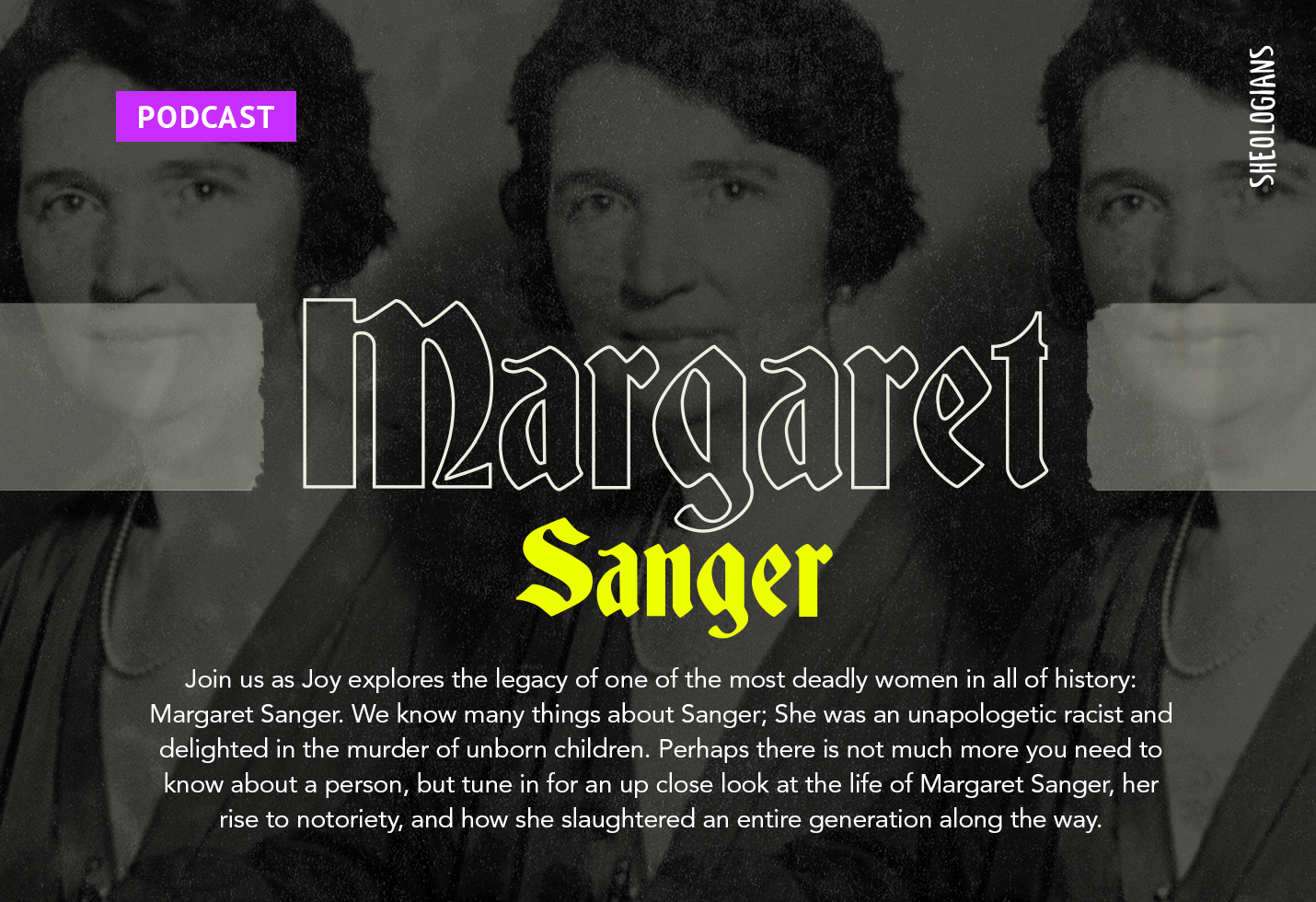 The only way to believe that the leading minds in the beginning of the 20th century were mostly Christian would be to never read them in their own words. Most of us have a whitewashed and anemic view of the major intellectual movements from a century ago. They were nowhere near as wholesome and harmless as many believe.

In this episode Joy takes us through a history of Margaret Sanger as she was, and in her own words. She crossed paths with many of the major players in the early 1900’s and was both influenced by, and influential to a host of them. Sanger was an early feminist, and rubbed shoulders with many of their key players.

How was one woman able to so horribly shape the face of our nation? Join us!