The Left Thinks We Can End Abortion: Do You? 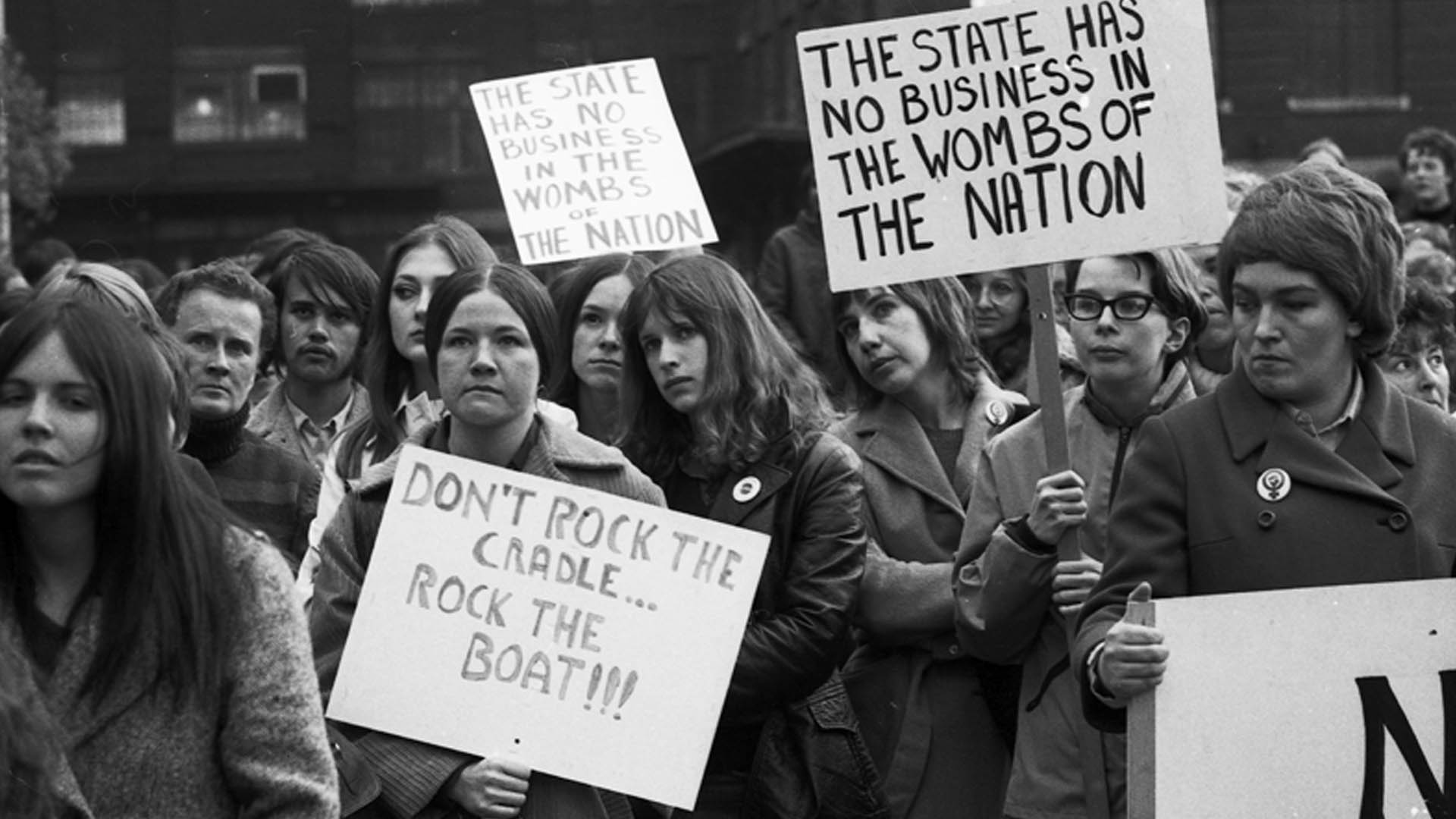 Social media got Donald Trump elected. This is not a bold statement. Look back a week ago (which in our digital age is basically “history”) and remember the facts. A life-sized cartoon caricature of Middle America was elected President of the United States. By all accounts, he should not have won. He has no political experience. He made major gaffs. He did too well in the polls early on. But the Democratic Party ran, to be euphemistic, an unlikeable sea urchin. The FBI cleared her of her criminal activity and then went back on their clearing her of criminal activity. Despite that, she still had a strong chance. Enter Wikileaks, and a week later someone who is best known for telling people they’re fired is at the helm of our economic policies.

If you’ve studied American history, you have by now been able to infer that we would not have won the Second World War if the TV existed. It was the television, allowing Americans to see the devastation taking place in Vietnam, that turned the people’s opinion against the war, ultimately resulting in our loss of it. Knowing a war is happening across the ocean is one thing—seeing it is another. The American people saw the terrible truth of war and revolted against it. And so it went with Clinton. The people knew of her corruption, we heard about it here and there from a few major news outlets, but being able to see it with our own eyes as we perused the emails that WikiLeaks released was a whole new ball game. How’s that one adage go? “Seeing is believing”?

A message that we must not ignore was sent last week. Social media has power. Free information is power. It reminds me of that one time that an evil, giant church controlled what the people knew and didn’t know, and then that one thing was invented—the printing press—and everything changed. Suddenly, education didn’t belong to the State or the Church. Suddenly, people could read their own Bibles. Suddenly, the balance of power was upset and the people revolted. Suddenly, the ages weren’t so dark anymore. We are seeing it happen right before our eyes again. The idea that information and news can come from one controlled entity, the mainstream media, has always been medieval. We know we can’t trust them. We saw how Google manipulated searches to protect Clinton. We saw how little airtime was given to the most horrible things uncovered in Hillary Clinton’s emails. The people saw that the media couldn’t be trusted, and they turned to social media to discover the truth.

Rejoice with me, people. This is a new age. The best thing I have seen come out of this election so far is the fear from the liberal media and everyone involved in their agenda. Anti-Trump protests are being bought and paid for all over the country, reminding us all of the times when our toddler couldn’t have another cookie and they threw a fit accordingly.   In true nanny nanny boo boo fashion, people are now donating to PP in Mike Pence’s name. Planned Parenthood released one of the silliest, straw-manliest statements I have ever read on their website today, which included these gems:

We are bigger and stronger and more powerful and more committed than you know. We won’t shrink or hide away. We’re standing strong— ready to fight. For our lives. For our rights.

In short, you may occupy powerful positions now. And you may try to take away health care from millions of Americans, outlaw abortion, strip away people’s civil rights, and deport millions of vulnerable immigrants.

But we represent the true strength and power and future of this country. And we have no intention of letting you abuse your power to take us back.

Stella Bugbee, editorial director of The Cut, tweeted this:

Don’t move to Canada. Stay here and enroll in med school and learn to perform abortions so we can perform them when they become illegal.

Now, on the one hand, she’s a deplorable deviant and shame on her for proclaiming her love for baby-murder. On the other hand, look at that gusto. Look at that fight. Look at that fear of what we might be able to do to abortion laws in our country. Do you believe in our ability to outlaw baby murder as much as she does? Tell me dear reader, are we going to allow people who think “true strength” includes ripping babies from limb to limb and selling their body parts to the highest bidder think that they have the future of our country? Are we really going to let them have the power? Are we going to forget that just a week ago, it was bold use of social media that blocked what should have been a shoo-in from the White House?

We have a real opportunity here. Republicans control the House, Senate, Presidency, and soon-to-be Supreme Court nominations. They claim to be the party that is pro-life. Either they become the party that ends the holocaust in the womb or they are exposed for their hypocrisy. We have access to information and the ability to spread media like never seen before in history. Use it. Don’t let this go to waste. People’s lives are literally at stake. According to Ron Paul, step one is to begin putting pressure on Congress now. Find out who your representatives are and flood their inboxes. We want abortion abolished. We don’t want fewer babies murdered. We want all baby murders illegal. The Left knows this is possible and they are taking up arms to fight. Let’s give them someone to fight.

To learn how Apologia is planning to start the process, watch this live stream beginning at 3:15