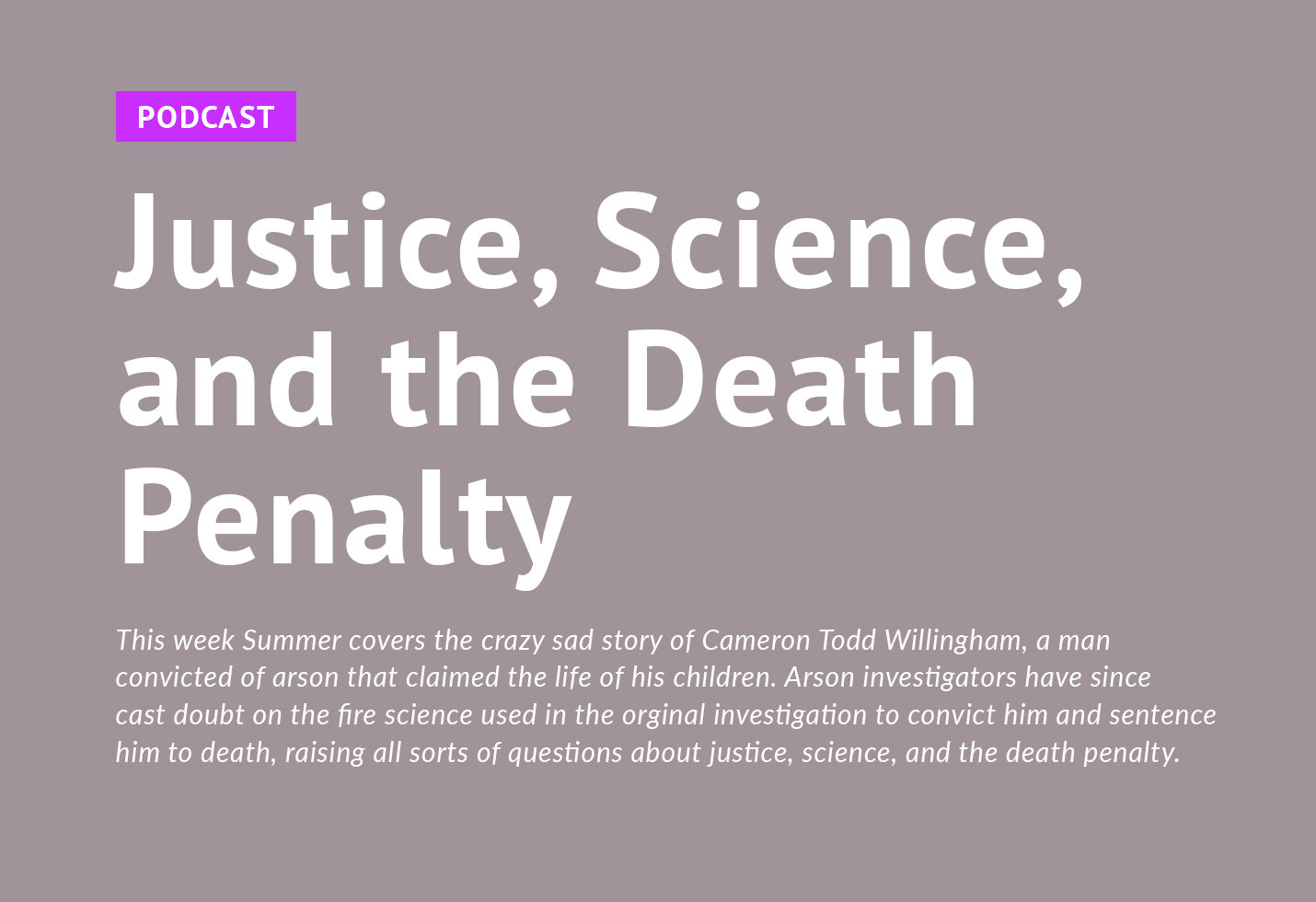 This week Summer talks the Cameron Todd Willingham case. Willingham was put to death for setting his house on fire, resulting in the death of his three children. But his case wasn’t cut and dry. His Led Zeppelin posters turned the public’s opinion against him. Testimonies changed, friends abandoned him. Once a world-renowned fire scientist got involved, the evidence that put Willingham away became heavily circumspect. So what do we do in a world where justice is desired, vengeance is common, the courts are corrupt, and “science” can’t always be trusted?