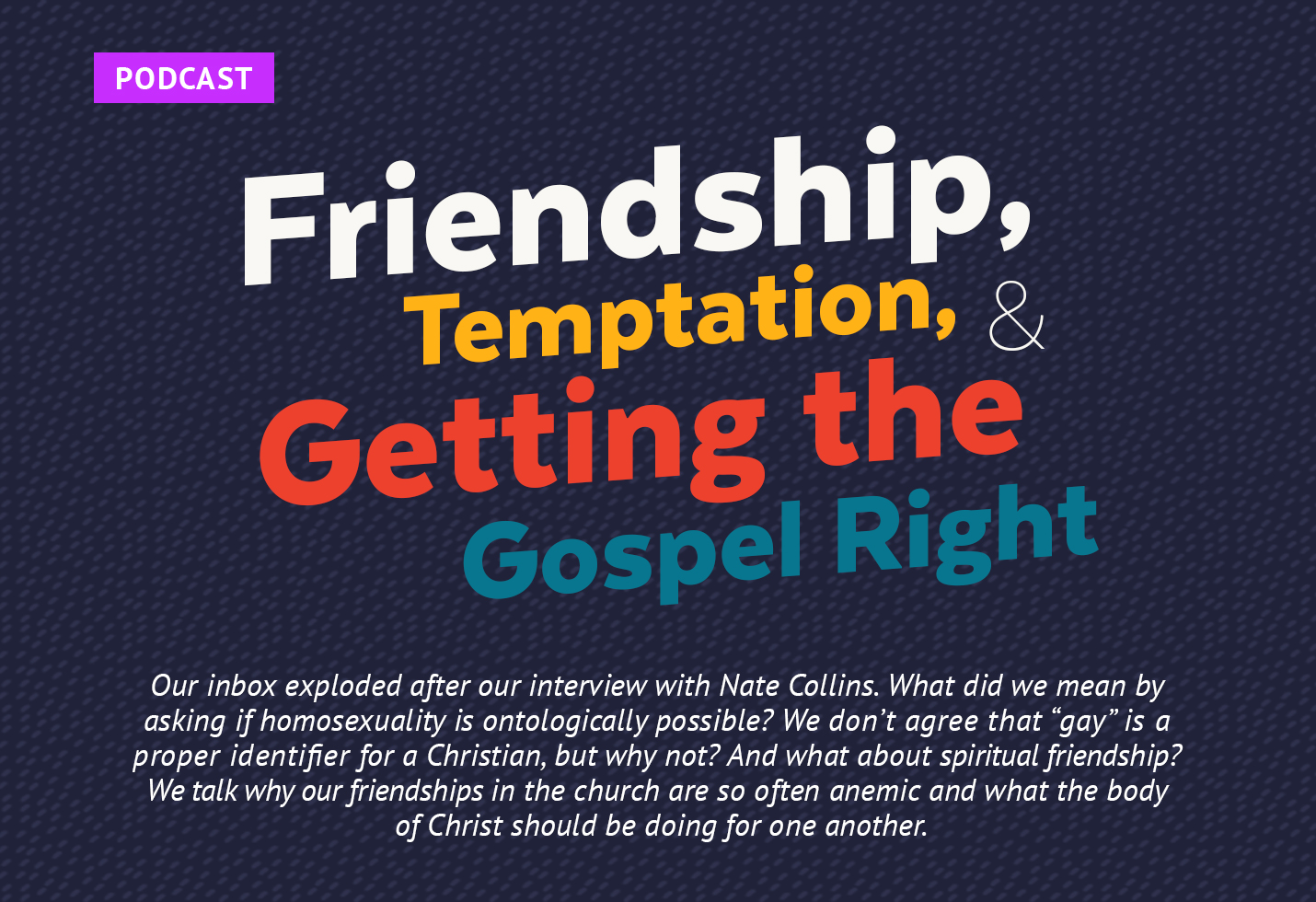 Our interview with Nate Collins left a lot of people with questions, so today we try to wade through some of those questions and explain our position. Over a year ago, Rosaria Butterfield made the comment on our show that the Gospel has been on a collision course with the topic of sexuality ever since the Obergefell decision that legalized same-sex marriage in the United States. We believe we are now living in that collision.

Agreeing that homosexual desires are sinful is not enough. We have to do the work of understanding sexual ethics. We have to have a firm grasp on the new citizenship that is ours once we are born again in Christ. We have to understand why there is no biblical category of homosexuality as a noun in Scripture, rather it is described as a sin. There is no sexual orientation language in Scripture, rather we are told that we are male and female with a sin orientation in Adam.

We should not make an identity out of a temptation pattern. Temptation is both internal and external and we need to know what we are dealing with. A sexual temptation can quickly become identity, an indwelling sin. And taking in an indwelling temptation and trying to make it seem nice is like adopting a tiger and wondering why it’s eating you 3 months later. Homosexuality is a sin to be mortified, not a behavior to be modified.

6:23 We start a meandering conversation around the questions in our inbox, dealing with homosexuality as an ontological impossibility and what identity has to do with it.

28:30 We start another conversation around our relationships in the church.