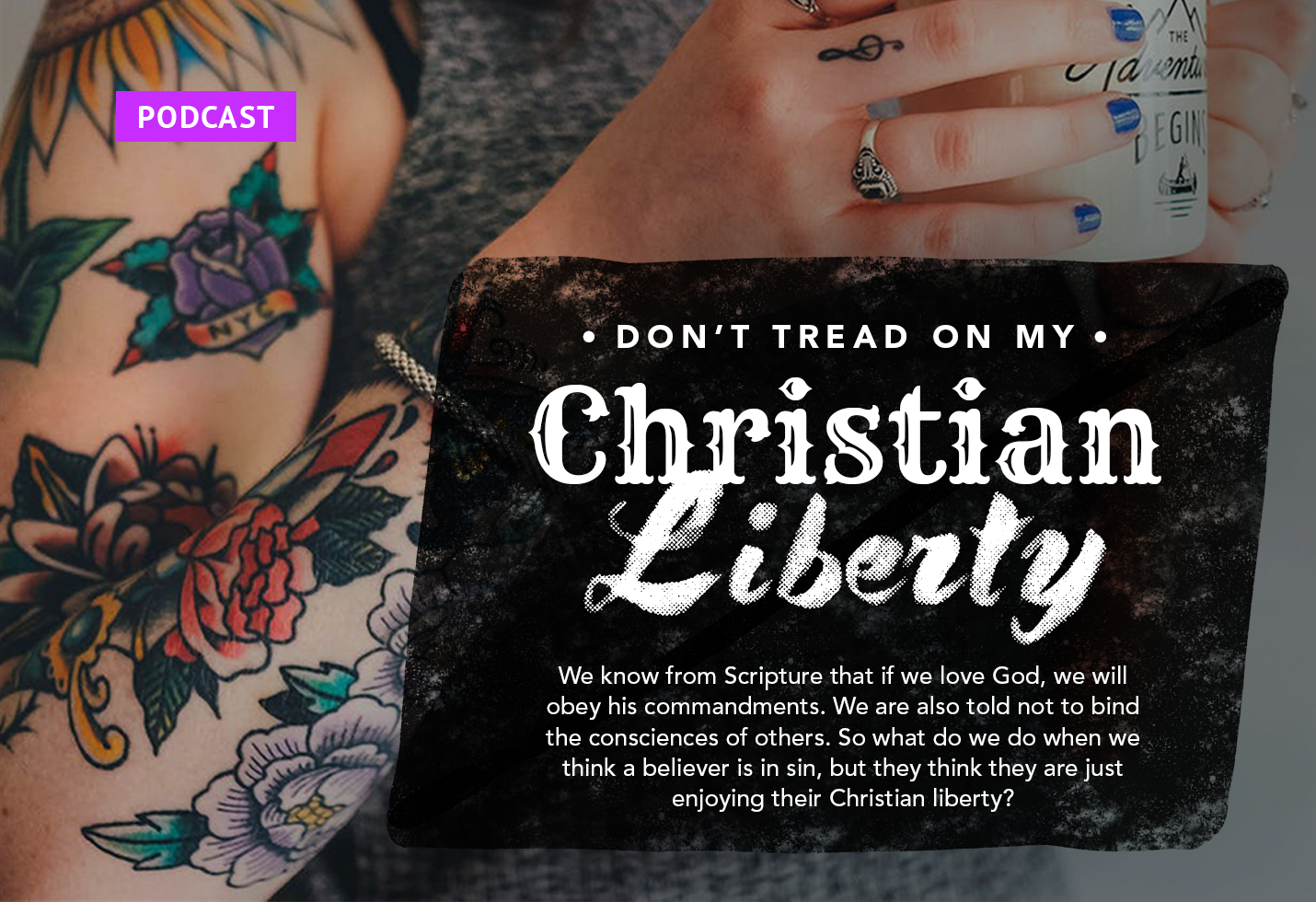 It’s true that Christians have a freedom of conscience the world doesn’t have, and Scripture is not silent about it. But we don’t believe our freedom as Christians should center around tattoo and alcohol discussions. Our freedom was bought for a price, and the popular maxims around so-called Christian liberty frequently reduce this amazing gift to something else. So what IS our freedom? How SHOULD we use it?

2:00 Is there anything more stressful than trying to eat a salad while driving over the Hoover Dam?

12:00 Why you shouldn’t listen to this episode until you have listened to the previous two.

25:30 How do we make God-honoring decisions when an issue seems gray?

34:25 We fly straight into the sun in order to discuss issues around censorship that the recent Michael Jackson controversy has raised.