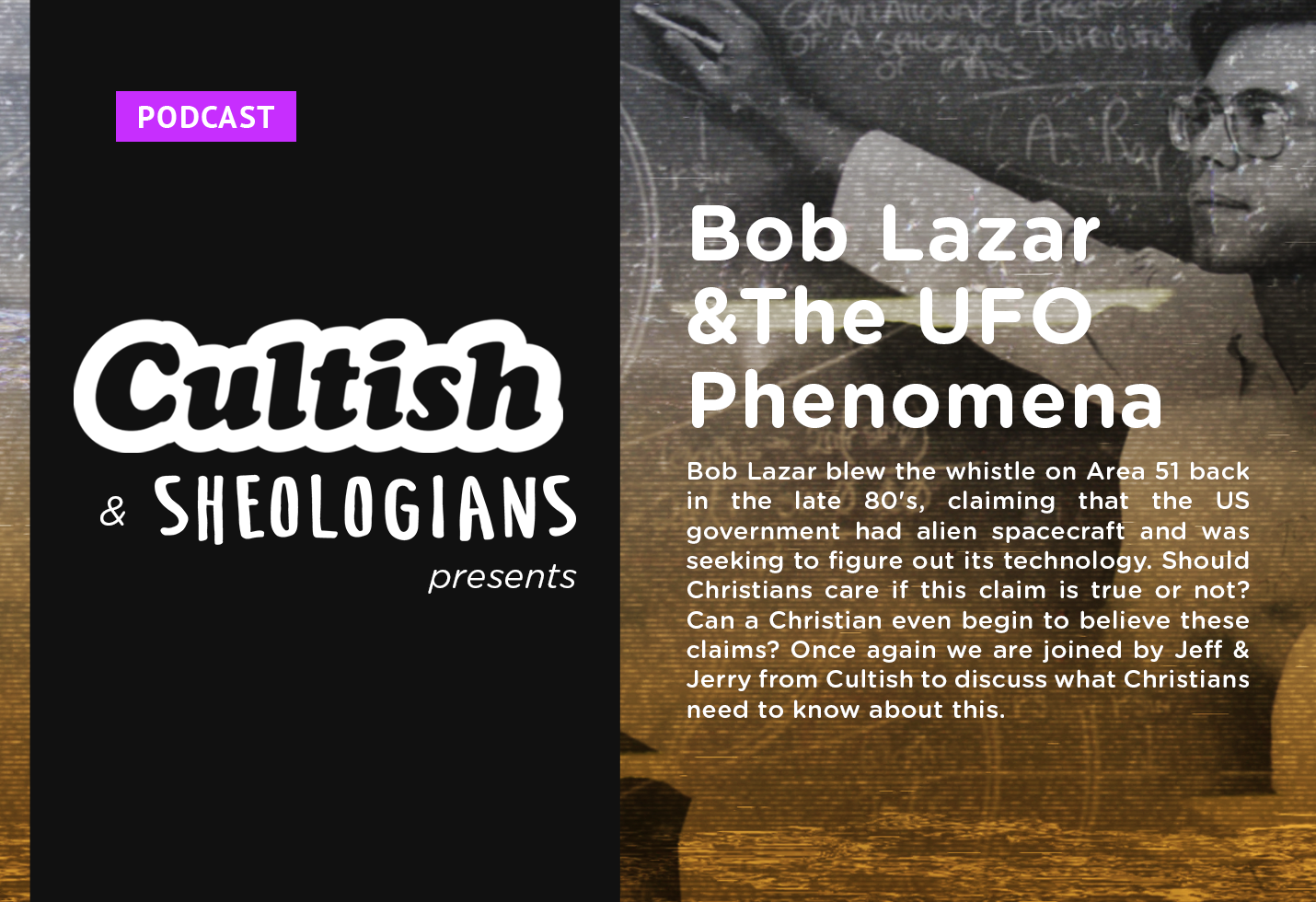 The team reassembles for part two of their crossover this week to discuss the pop-culture alien phenomenon. Bob Lazar really kicked this off in the late 80’s when he claimed to be a whistleblower about alien technology being worked on at Area 51, a top-secret government base just north of Las Vegas.

Beginning-ish: Who was Bob Lazar?

Middle-ish: How do we handle his claims?

End-ish: What does this have to do with the Christian worldview?