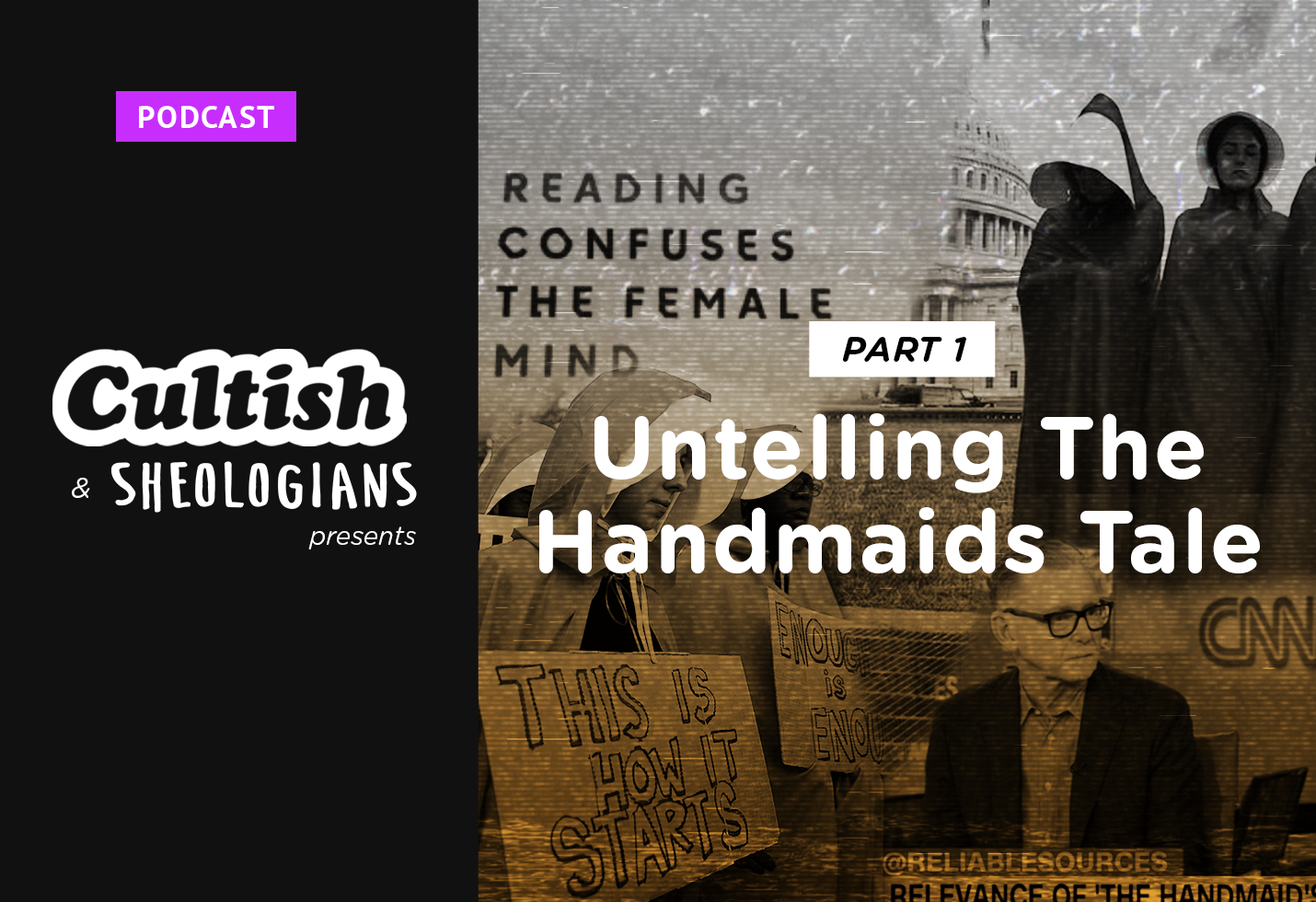 In 2017, a show called “The Handmaid’s Tale” hit Hulu and quickly became one of the most popular television shows around the world. Based on Margaret Atwood’s 1984 novel by the same name, a new generation was introduced to the story of a dystopian future in which Christian zealots despotically take over the United States and force women in to sexual slavery. Now, in the United States, women dressed up as handmaid’s from the show protest at government buildings when possible “pro-life” legislation is being passed.

Joined by our friends from Cultish, we discuss what The Handmaid’s Tale is: fiction, dystopian literature, cultural icon, and propaganda. For those of us who haven’t read the book or seen the show, that’s okay! We don’t actually recommend it. In this episode we give you the background you need to be able to deal with the arguments the book, TV show, and protesters present. Join us!